OUR MACARONS ARE MADE WITH GLUTEN FREE INGREDIENTS

At Nikkolette’s Macarons, we use entirely gluten-free ingredients in our Minneapolis macaron bakery. Many people wonder if cutting out gluten might be right for them. Let’s look at why so many people are choosing to eat a gluten-free diet.

To be clear, being gluten-free means eating a diet that does not include wheat, rye, or barley, each of which contains the protein gluten.

Going gluten-free is certainly a trendy choice. Athletes have credited removing gluten with giving them better on-field performance, and celebrities have said it has helped them control their weight. A report from Credence Research projected the gluten-free food market would expand at a compound annual growth rate (CAGR) of 8.1 percent from 2018 to 2026. Another report, from Grand View Research, predicted the market would grow at a 9.1% CAGR through 2025. Either way, gluten-free is big and getting bigger.

It is important not to eat gluten if you have celiac disease. Almost 2 million people in the United States do, according to recent research.

If you are suffering from celiac disease, you can develop a nutrient-absorption problem when your small intestine becomes damaged by gluten. Pain and bloating are among the common symptoms of this illness.

Piedmont Cancer Wellness dietician Shayna Komar explained that gluten sensitivity has become more common because people have turned from diets of mainly whole foods to ones of primarily processed foods. "Gluten goes through a lot of processing," she said, "which makes it even less tolerable for those with sensitivities or allergies."

A note of caution

Komar said that gastrointestinal issues will often disappear when gluten is removed. However, she warned that completely avoiding gluten can mean missing out on key vitamins and minerals. Holly Strawbridge of Harvard Health made the same point.

With that in mind, make sure you are replacing any nutrients you might be getting from gluten-containing foods if you are going 100% gluten-free.

Are you eating a gluten-free diet? Nikkolette's Macarons are made with the freshest, highest-quality, gluten-free ingredients in Plymouth, Minnesota. See our menu. 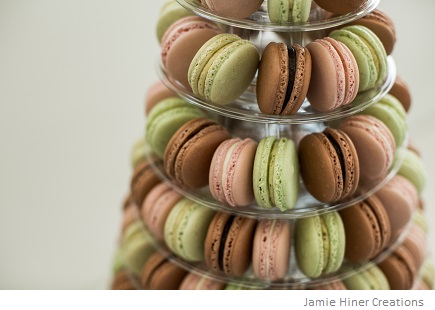